I have for long been a member of various outdoor meetup groups but never really participated in any of the activities. But I did take one advantage of the membership without going for a meetup – the constant email notifications from the different groups kept me abreast of the trails people were heading out to from time to time.

As an aside, I had made it a personal goal of sorts to check out all the nearby trails for running/walking/cycling. I had been, alone or with the husband, to the Alviso Marina County Park, the San Tomas Aquino Creek Trail, the Ulistac Natural Area, the Lower Guadalupe River Trail, the Coyote Creek Trail (between Hwy 237 and Montague Expressway), and the Siera Vista Open Space Preserve. The Lower Guadalupe River Trail has become my go-to place for walking and running.

I was ready for something more adventurous. So one fine day, I headed out to the Rancho San Antonio Open Space Preserve. It was one of the places to which I had often seen (by way of email notifications) meetup groups planned their excursions. I had planned to walk for an hour and get familiar with ‘hiking’. I started quite late in the day, around noon, on a weekday and it was pretty hot (87 degrees Fahrenheit).

The parking lot was easy to find on the map as well as to navigate to. There were quite a few cars parked in the PG&E trail parking lot and also up ahead on Cristo Rey Dr for other trails.

I was glad to see some folks heading to the same trail that I had planned to walk – the PG&E trail. The trail started with a steep incline and I was panting right at the start. The pic below is the first pic I shot from the beginning incline. You can see how high above it is from the other parallel Permanente Creek Trail (the paved road in the lower half of the pic). 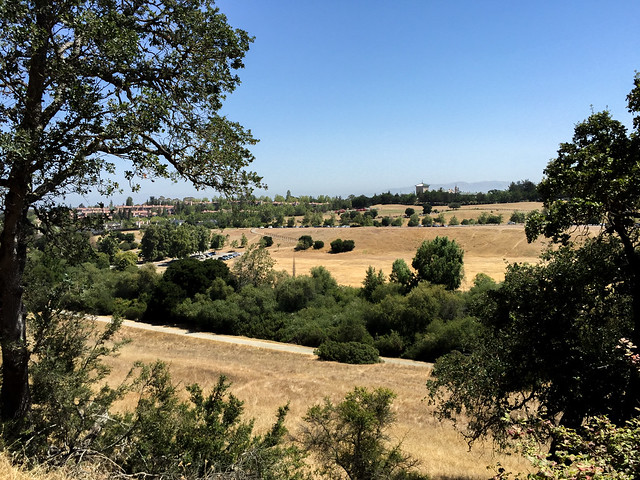 After a half-mile hike, which by the way seemed forever, on a continuous incline, I reached the first fork in the trail. I did not know that all trails are interconnected. Since I had already decided on PG&E, that is the trail I took. 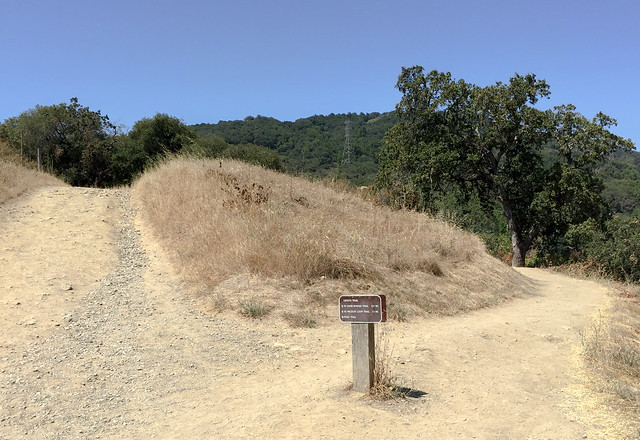 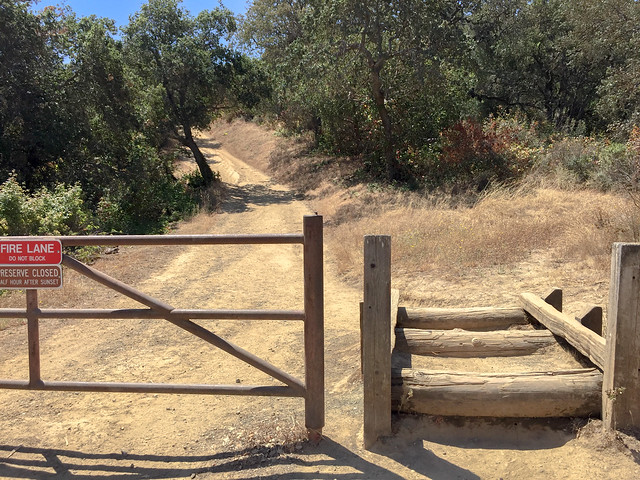 All the ‘people’ I had seen at the beginning of the trail had disappeared. I had no idea what I was walking into. After the Coyote Trail / PG&E Trail fork, the PG&E trail took on a much steeper incline. Thankfully, the incline landed in the shade of trees. I saw one or two folks after this point. 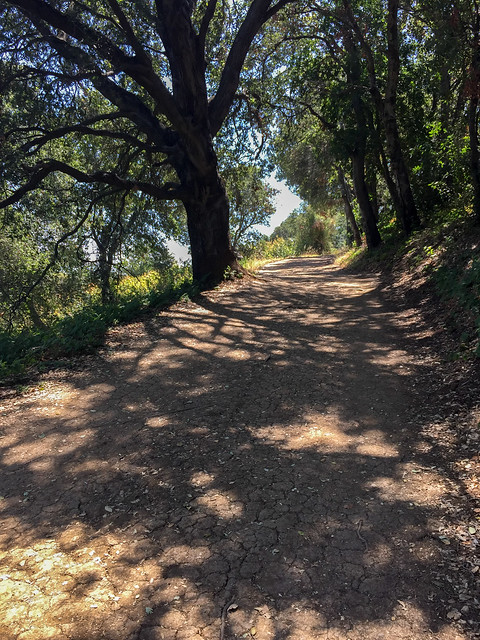 As the trail curved, it faced the bay water and what seemed like Alviso from afar with the backdrop of hills east of Fremont. 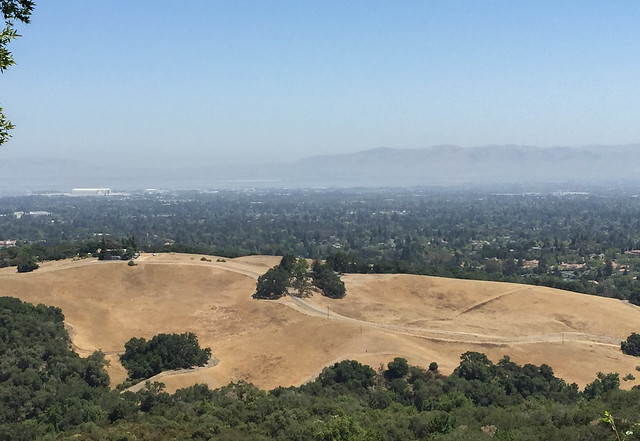 I had planned an hour hike, and I reached the halfway mark at around 2.5k and that’s when I turned back. Going downhill is not all that easy because you need to be in control of your pace and not go rushing down. Try as hard as I did, I could not stop myself from running downhill on the steeper sections. Saw a few individuals run uphill on my way down! Phew, that would need really strong glutes and hamstrings.

Anyways, once I reached the car, I put the AC on full blast. I had not even carried water with me on the walk, all in the zest to walk light! But this ‘hike’ was a completely different beast and could not be regarded as a leisurely stroll. It needed planning. So I mentally drew up a list of things I should come prepared with the next time I went on a hiking trail – better shoes (running shoes are no good on a dirt track and do not provide as much grip on inclines), sun protection hat and arm sleeves, and water.

All in all, it was a good learning and exposure to a hiking trail.

While planning your hike, pick the loop you want to do based on the distance or time you want to hike, the elevation you are comfortable hiking, and the time of the day and year so as to not be out in an exposed-to-sun trail for too long. Every trail in an area is at a different elevation from sea level, and even though a regional park might seem all green on a map, there might be portions of the trail completely exposed and unshaded.